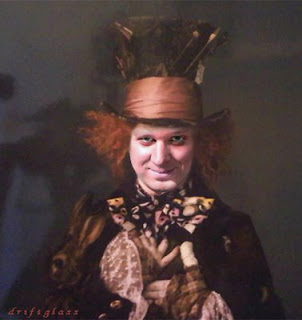 As noted in this article from Daily Kos, next Sunday is the 14th anniversary of the Oklahoma City bombing. The right-wing militia movement spawned the bomber, Timothy McVeigh, and yet many of that movement's paranoid conspiracy theories are today finding voice through the deranged Glenn Beck on the Fixed Channel. The basic themes include the Government confiscating guns, an international cabal running the Government, and the IRS and Bureau of Alcohol, Tobacco and Firearms are the enemy. The rhetoric used by Beck in promoting the idiotic "Tea Parties" borders on sedition, calling for his wingnut audience to rise up and "take America back" from a Government elected by a solid majority of the people. How long will it be before some of them, armed to the teeth and volatile, start storming Federal offices, killing immigrants, or some other outrage?

Beck may be nuttier than a fruitcake, but his antics are taken seriously by mouthbreathers who are eager for his validation of their paranoia.

(illustration: Beck as the Mad Hatter, courtesy of Driftglass, who also has a clip of some loony tea party participants who want to start burning books, reminiscent of the Third Reich)
Posted by Hackwhackers at 9:45 AM

I'm considering moving back to Japan, thanks to Hackwhackers' impressive journalism!