Meet the New Boss, Same as the Old Boss 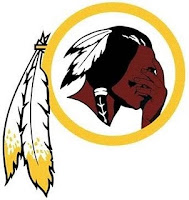 Some may have thought with the departure of Jim Zorn and Vinnie "The Ninny" Cerrato, and the hiring of Mike Shanahan and Bruce Allen that Redskins genius owner Li'l Danny Snyder was finally willing to admit the Redskins were in a long-term rebuilding mode -- which would have demonstrated heretofore unseen maturity and impulse-control on Li'l Danny's part. And they would be WRONG!

"Daniel Snyder can bring in a new regime. The owner can say he's ceding authority in football decisions to Mike Shanahan and Bruce Allen like never before. But the delusion ultimately continues. They still are in the business of selling hope more than harsh truth, hyperbole more than reality."

The acquisition of 33 year old Donovan McNabb occasions this melancholy assessment. And it's not just the fact of the acquisition, for me. It's also the shabby way Jason Campbell has been treated (again!) by Redskins management - not being told about the deal and finding out about it from a local reporter! Stay classy, 'Skins!

Wise's best point boils down to this: in parsing why McNabb was allowed by the Eagles to go to a rival division team for a paltry second round choice, think about who, over the past decade, has made better personnel decisions -- the Eagles or Redskins?
Posted by W. Hackwhacker at 2:00 PM