Bedroom Politics At Their Worst 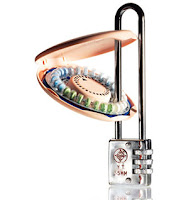 As we noted yesterday, right wing Bishops in the Catholic Church are doubling down on their opposition to employee access to contraceptives, even if the costs are fully covered by the insurers. It's a losing issue with the public at large, and with Catholics in specific. Contraceptives have been an accepted part of American life for 50 years, and women don't want to go back in time.

That's why we were happy to see Rethuglican leaders push the extreme view that Catholic owned business should have the right to deny their employees contraceptive care regardless of the employee's religion under company-provided health benefits. Senate Minority Leader and turtle impersonator Mitch "Missy" McConnell came out in support of legislation that would ban access to birth control in those circumstances. Of course, the Rethugs falsely portray this as a "religious freedom" issue, knowing that it's an absolute loser politically if it's seen as anti-birth control. We hope they go all in, and drive away those independent and moderate voters who want to keep Rethuglican politicians out of their bedrooms.
Posted by Hackwhackers at 8:55 AM