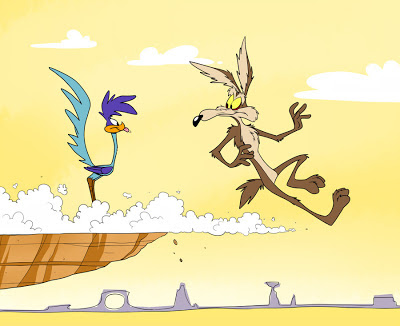 OK, everything about "Romnesia" is in a brilliant category of its own, and may be the most memorable line of the election (if "Etch-A-Sketch" doesn't' beat it out). But in one moment of exquisite timing, during the second debate, the President invited arrogant, clueless Willard "Binders Full of Women" Romney to "please proceed, Governor" just before Willard ran off the cliff of dishonesty with his false claims about Obama's response to the Benghazi attack, only to be fact checked by Candy "From Strangers" Crowley.

Posted by Hackwhackers at 4:34 PM