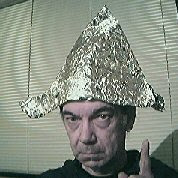 The annual Nutfest Clown Show Conservative Political Action Conference (CPAC) wrapped up with snowbilly grifter and failed reality show C-list celeb Sarah "Winky" Palin speaking to her adoring, mouth-breathing fans.  Michael Moynihan has a nice summary of the CPAC goings on, with Palin as the standard-bearer for the bitter, dead- enders:


... Palin isn’t in the ideas business. She is, as loudly reaffirmed in her CPAC speech, a peddler of resentment, and a worldview of conservative victimology obsessively focused on the media gatekeepers and corrupt political consultants they see distorting a political message that, if not interfered with by liberal ideologues, would be embraced by most all Americans. It’s a common theme at CPAC: it’s not our ideas, it’s how the media distorts our ideas. Circling the conference center was a truck sponsored by the Media Research Center, a conservative watchdog group, displaying the message that the “liberal media” was “censoring the news.”

Yeah, "the liberal media" -- as if.  The Bubble in which these reactionaries live was also on display when Palin made an Obama teleprompter joke (so 2010!) while reading from a teleprompter...  There is no irony in The Bubble.