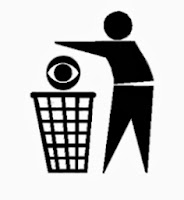 From "journalist" Sharyl Attkisson of CBS:


CBS News has learned that the project manager in charge of building the federal health care website was apparently kept in the dark about serious failures in the website’s security…. The project manager testified to congressional investigators behind closed doors, but CBS News has obtained the first look at a partial transcript of his testimony.

As Steve Benen (among many others) points out:

The CBS report sounds troubling, right? Probably, at least until one picks up the phone to ask Democrats on the committee whether the CBS report is accurate.

I talked to a Democratic staffer this morning about the partial transcript and the aide said Issa’s staff “basically sandbagged this witness with a document he had never seen before and then failed to inform him that it has nothing to do with parts of the website that launched on October 1. In fact, it relates to a function of the website that is not currently active and won’t be until the spring of 2014. Rather than seeking out the truth, this press release tries to scare the public by capitalizing on confusion caused by the Chairman’s own staff.” (our emphasis)

Who was that CBS "journalist" again?  Oh, that Sharyl Attkisson, the one with an affinity for using Rep. Darrell "Grand Theft Auto" Issa's press releases as fact.  The noted anti-vaccination shill.

It would appear the "journalists" at CBS are less interested in facts than they are about grinding axes and serving as Republican sock puppets.  And here we thought Fox "News" had cornered that market!
Keep it up, CBS --  from "Tiffany Network" to "K-Mart Network" (no offense to K-Mart).

(Image:  If you See BS, you should dispose of it properly.)
Posted by W. Hackwhacker at 3:11 PM