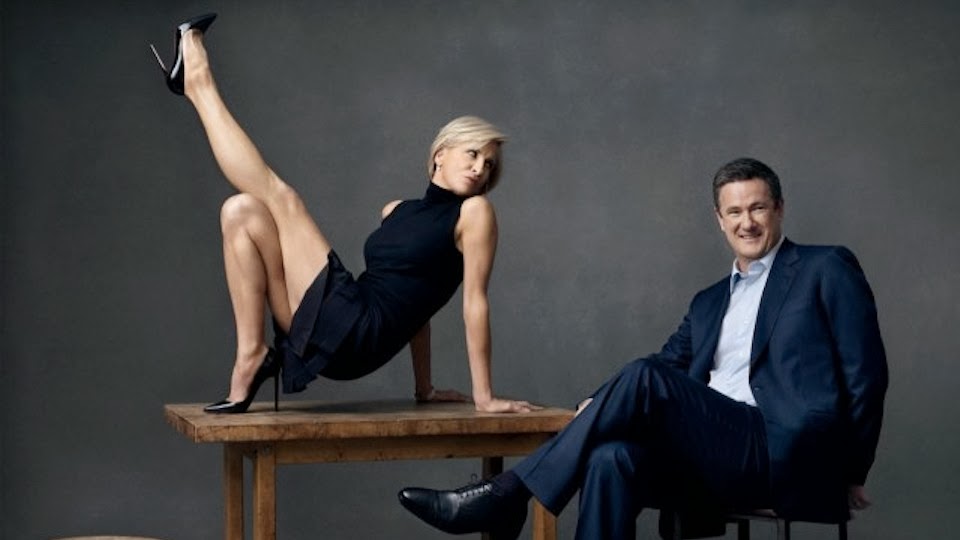 This quote from today's New York Times speaks volumes about why our mainstream media is broken:


"Off camera, the governor [Chris Christie] developed close ties to anchors like Ms. Brzezinski, even showing up at her book signing not long ago. Immediately after Mr. Christie concluded his apologetic news conference about the controversy last week, he spent 15 minutes on the phone with Ms. Brzezinski as he prepared to face Fort Lee, the small community crippled by gridlock from the lane closures, she said.

On Sunday, Ms. Brzezinski still spoke fondly of Mr. Christie and his wife, Mary Pat, 'whom I have the biggest admiration for,' she said."

We're not suggesting that Mika Brzezinski is a journalist, rather than a cable hostess / TV wife to hack Joe "Squint" Scarborough.  But there should be an arms-length relationship for anyone even playing the role of a journalist with the people they cover.  The kissy-kissy relationship between Brzezinski and Krispykreme shouldn't be allowed by the execs at MSNBC to color their coverage of the embattled governor.  As for those book signings, perhaps Krispykreme wouldn't have shown up if Mika didn't put on her tabletop show.

BONUS:  Curiously (or not so much considering), former Mittens Romney testicle-cozy and wannabe Krispykreme testicle-cozy Jennifer Rubin thinks MSNBC has been vewy, vewy mean to that nice Mr. Krispykreme!  Nothing to see here, move along, move along!

BONUS II:  Jon Chait has a response to Rubin's whinging.