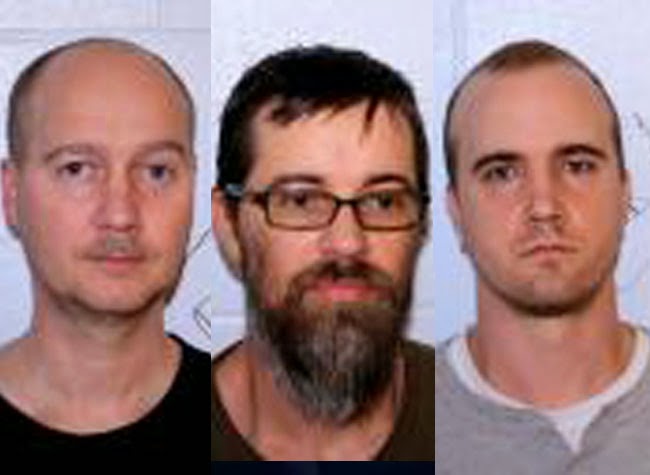 Homeland Security warned us in 2009 that right wing extremism is on the rise–something we are seeing in recent conservative pushes to overthrow the government. The report stated, among other things, that  “Heightened interest in legislation for tighter firearms…may be invigorating rightwing extremist activity, specifically the white supremacist and militia movements,” as we have seen exemplified in a Tea Party attempt to construct an anti-Muslim death ray.

Now, Three Georgia “Patriots” tried to buy pipe bombs and other explosives to aid in their effort to attack power grids, water treatment facilities, and other infrastructure. Brian Edward Cannon and Cory Robert Williamson appeared in court on Friday, and Terry Eugene Peace is due for his first appearance on Monday.

And how did the authorities catch on to these right-wing masterminds?


... [T]he three militia members chatted on Facebook about plans to launch guerrilla-style attacks on government facilities, according to the FBI.  [our emphasis]

Even though these three inept patriots buffoons got caught before they could do any harm, the threat from these groups is obviously real and should be taken very seriously by all of us.
Posted by W. Hackwhacker at 4:01 PM