Millions Haven't Descended on Washington Yet

As we noted yesterday ("Freaky Friday"), 10 to 30 million "patriots" were expected to descend on Washington, D.C. today to lynch President Obama take over the un-Constitutional government of B. Hussein Osamabama, or something.  We didn't notice any coverage in the lame stream media (the formerly great Washington Post Bezos Bugle didn't even notice the 10 to 30 million "patriots" in the Local D.C. section).  Ditto with all of the radio and TV channels.  So, what gives?  Hold on, we're getting some photos of the patriotic millions (via Raw Story): 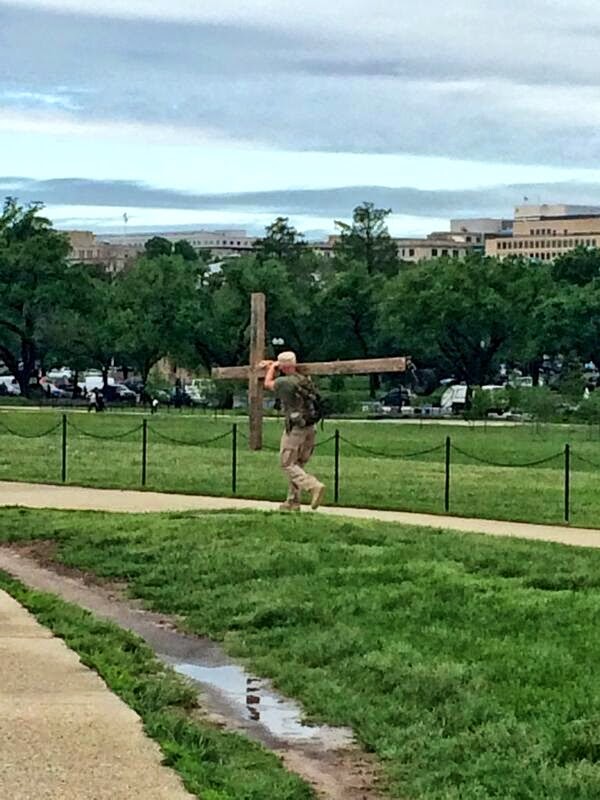 OK, the guy with a cross is a good start.  Anything else? 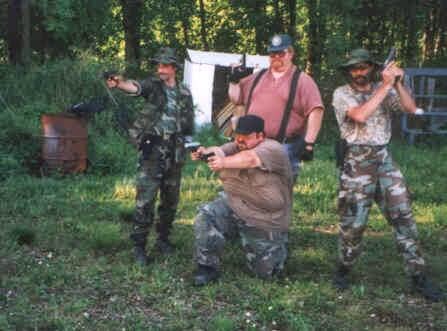 We'll count the two in the middle as equivalent to four "patriots."  That's seven counting the guy with the cross.

Nonetheless, these "patriots" will be working up a ferocious appetite later -- especially the two in the middle, above -- because taking down the gubmint is hard work.  So we were worried, especially after we saw this tweet that made us even more concerned: