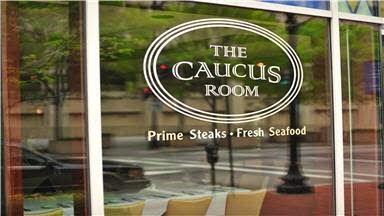 Congressional Rethuglicans and their enablers have tried almost everything in the last 5 plus years to undermine and destroy the Obama Administration, and with it the nation's first African-American President.  They've tried filibusters in the Senate, shutting down the Federal Government,  and voting "no" on every major piece of legislation that Obama's proposed.  Obama followed eight years of Rethuglican mismanagement and corruption:  the 9-11 attack predicted a month earlier and briefed to Dumbya, a war launched on false premises known at the time to be false, the response to Hurricane Katrina, and the greatest financial and economic free-fall since the Great Depression, etc.

In January 2009, the Rethuglican / Stupid Party was in free-fall along with the economy. Their "solution" to avoiding political oblivion was to make President Obama fail as his Rethug predecessor had failed.  Thus, on the evening of Obama's inauguration, Rethuglican Congressional leaders gathered at an expensive DC restaurant, The Caucus Room, to plan Obama's political demise:


"On January 20, 2009, a night when most Americans were out celebrating the end of the Bush years and the beginning of a new era, a group of powerful Republicans was planning the end of Obama presidency before it even really began.

At the Caucus Room restaurant right here in Washington, DC, GOP leaders drew up a plan to intentionally sabotage Obama at every point possible.

Over the course of four hours, this group of the most powerful conservative lawmakers in the country committed to a plan of action. They promised each other that they would filibuster and obstruct any and all legislation supported by the new President Obama." (emphasis added)

So the Caucus Room Conspiracy continues, with talk of suing the President and even impeachment by the flakier elements of the right.  Anyone expecting a change with the election of a Democratic President in 2016 would be mistaken:  this is about the corruption of power, dirty money and political nihilism practiced by the Rethuglican Party, period.
Posted by Hackwhackers at 11:46 AM