News You Can Lose - Surprise! The Deficit's Shrinking


The results of a recent Bloomberg Politics poll show just how well the "mainstream media" has been disseminating information to the public (from Steve Benen, Maddow Blog -- click on graphs to enlarge): 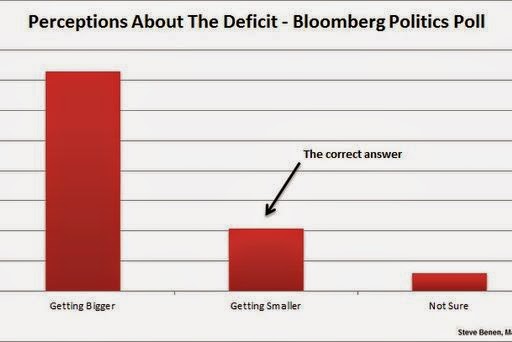 Of course, the deficit has been shrinking significantly for years.  How often have you seen that reported?  (What's that, Chuck Todd?  It's not your job?)

As a reality check, Benen provides the following graph showing how the deficit has been reduced since President Obama took office in 2009: 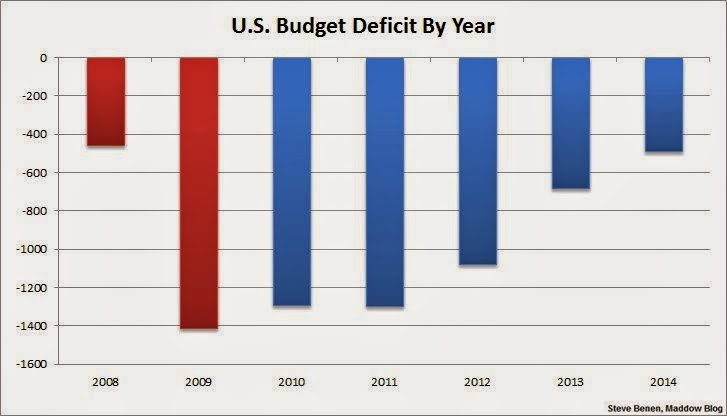 We're in large part a clueless country because we have a bought, cowardly, incompetent, corporate media that doesn't uphold the first principle of journalism:  report the facts.
Posted by W. Hackwhacker at 4:36 PM