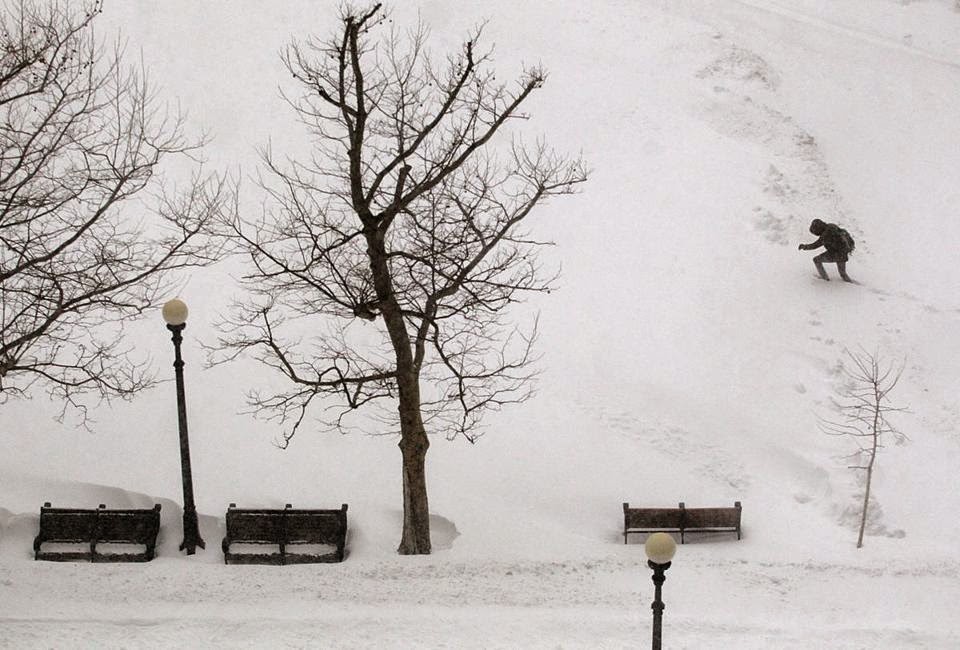 A major blizzard is working its way up the New England coast, with areas of Connecticut, Rhode Island and Massachusetts getting hit hard with heavy snow and gale force winds.  Coastal New England is being battered by storm surge, causing widespread flooding.  Power outages are being reported in the hardest hit areas.  While New York City was spared the brunt, receiving some 8", Long Island and points east were directly in the path.

(photo:  Copley Square in Boston this morning. Suzanne Kreiter, Boston Globe)
Posted by Hackwhackers at 9:28 AM