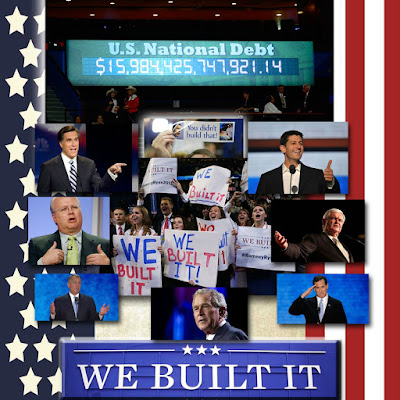 Tory Republican "establishment" hack and thesaurus humper George "Quill" Will has taken space on the op/ ed page of the once great Washington Post Bezos Bugle to go into full blown meltdown over the prospect of vulgarian neo- fascist Donald "Rump" Trump appearing out of nowhere (!) to win the nomination of his party of Burkean conservatives right-wing howling monkeys:


We are about to learn much about Republican officeholders who are now deciding whether to come to terms with Trump, and with the shattering of their party as a vessel of conservatism. Trump’s collaborators, like the remarkably plastic Chris Christie (“I don’t think [Trump’s] temperament is suited for [the presidency]”), will find that nothing will redeem the reputations they will ruin by placing their opportunism in the service of his demagogic cynicism and anticonstitutional authoritarianism.

Yes, as we all know, the Republican/ New Confederate/ Stupid/ Shooter's Party, that "vessel of conservatism," has never been associated with "demagogic cynicism and anticonstitutional authoritarianism!"  Much less racism, xenophobia, homophobia, and jingoism!  We do have to give Will credit for coining the phrase "the Republican Party's coalition of the timid" in describing the rather late, impotent efforts of empty suit gusano Sen. Marco "Roboto" Rubio (leader!) and fellow candidates crackpots to step up to Rump earlier in the campaign.

Clearly, Will is currently stuck in the second stage of grief (anger), although we predict that he'll quickly move through the bargaining, depression and acceptance stages (as "plastic" Chris "Krispykreme" Christie has) and will end up finding a way to see Rump as a "lesser of two evils" in the general election.  Put your bets down, ladies and gentlemen!

As a right- wing columnist and regular contributor to Fox "News," Will has been wholly complicit over the decades in stoking the misinformed anger of right wingers, suffering both Clinton and Obama Derangement Syndrome, and polishing the halo on St. Ronnie of Hollywood, who successfully implemented the "Southern Strategy" that's led to so much of what Rump represents today.

Will's got a lot of dirt on his hands -- because he helped build it.

BONUS:  Charles Pierce has a good read on the Republican evolution of Rump.
Posted by W. Hackwhacker at 10:01 AM