Earth Day And An Important Signing 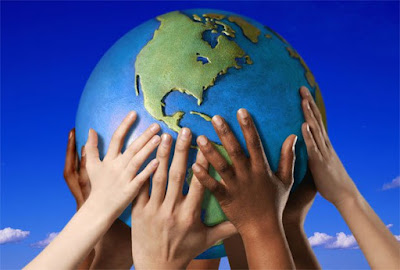 Today is Earth Day 2016, a celebration of the Earth's fragile resources and beauty.  The first Earth Day was celebrated 46 years ago to bring attention to the damage being done by man to his environment. A goal of the Earth Day movement is to plant 7.8 billion carbon dioxide-absorbing trees, and to make the Earth's cities 100% renewable energy-powered.

At the same time at the United Nations, 175 countries are expected to sign the Paris Agreement on climate change, including the United States and China, which combine for some 40 percent of the world's carbon emissions.  Ratification of the agreement by all signatories is hoped for before the 2020 deadline, so that carbon control standards can be enforced worldwide.

Here's Secretary of State John Kerry signing for the United States, with granddaughter Isabel in his lap:

Posted by Hackwhackers at 1:40 PM