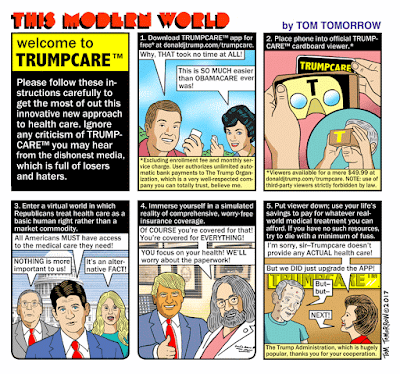 Hyperbole?  We think not.  Also remember, this would be coming from the same source that brought us Trump "University."

Most of us have known since the days when the Affordable Care Act was being developed that providing health insurance to millions of previously un- or under- insured Americans was a complicated issue. However, our genius unPresident is apparently just figuring it out:


"...Very complicated issue.... I have to tell you, it's an unbelievably complex subject. Nobody knew that health care could be so complicated."