This almost reads like a parody, if it weren't involving self- parodying narcissistic vulgarian Donald "Rump" Trump (The Times of London, via Hullabaloo):


Donald Trump waving from the Queen’s royal carriage is not a scenario many would have foreseen a year ago, but it has become a very real prospect, forcing security services to plan an unprecedented lockdown.

The White House has made clear it regards the carriage procession down the Mall as an essential element of the itinerary for the visit currently planned for the second week of October, according to officials.

Security sources have warned, however, that the procession will require a “monster” security operation, far greater than for any recent state visit. (our emphasis)

Why would a populist champion of the "Forgotten Man" want to ride in a golden carriage, you ask (not)?  Here's Rump's Trump Tower penthouse entrance way, as a reminder what his "style" is: 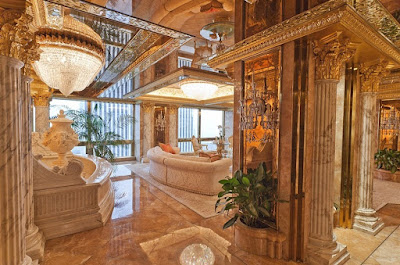 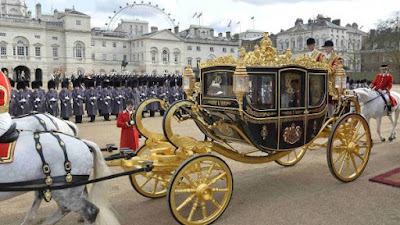 It's impossible to imagine the Queen would want to be in such close quarters with the p*ssy- grabber- in- chief. Also, think of the cost of sanitizing and restoring the coach after Rump occupied it. Can we all hope, in the best of all worlds, he'll be out of office by October and save everyone the embarrassment?

In the meantime, this is a "coach" better suited to transport the shitgibbon -- it even has a "golden" roof (via Wonkette): 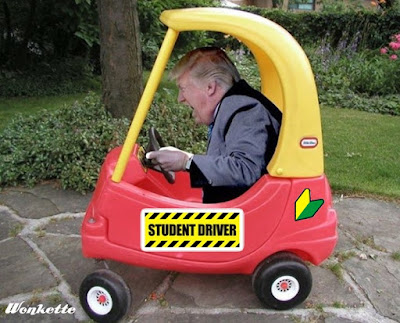 This should read "Student Adult" or "Student Prez". Ideas are ENDLESS, NO????!!

How about "Baby on Board?"