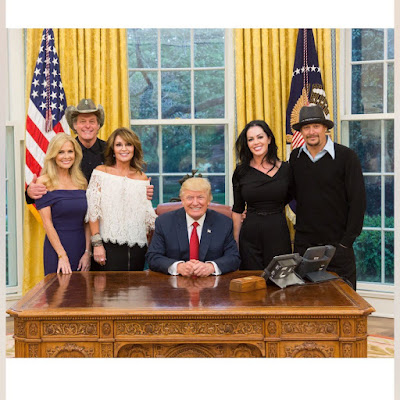 After the picture, they broke into a few choruses of "White Trash Blues."
Posted by Hackwhackers at 2:00 PM

Labels: pic of the day, Trump and his "celebrity" fans pose for Oval Office picture

Well, the song was appropriate!