This week's cover of TIME magazine: 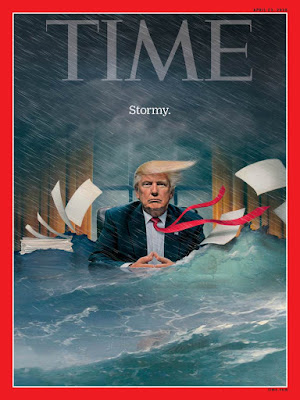 Looks like the water level rose from where it was in February, 2017: 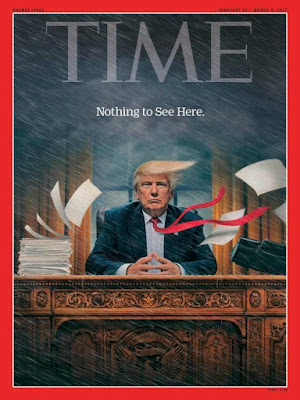 
The Associated Press confirmed the details of the Enquirer’s payment through a review of a confidential contract and interviews with dozens of current and former employees of the Enquirer and its parent company, American Media Inc. [Former Trump doorman Dino] Sajudin got $30,000 in exchange for signing over the rights, “in perpetuity,” to a rumor he’d heard about Trump’s sex life — that the president had fathered an illegitimate child with an employee at Trump World Tower, a skyscraper he owns near the United Nations. The contract subjected Sajudin to a $1 million penalty if he disclosed either the rumor or the terms of the deal to anyone.

Hackwhackers has since obtained photographic evidence of Rump's love child: 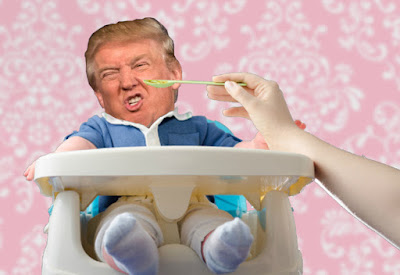