The woman in these pictures, Yi "Cindy" Yang, is the owner of a string of massage parlors --"Tokyo Day Spas" --  which offer sexual services to customers in West Palm Beach / Jupiter area of South Florida. She's also a big contributor to sexual predator and pathological liar Donald "Rump" Trump and other Rethuglicans, with her and her family contributing $42,000 to a Rump-supporting PAC and $16.000 to his 2016 campaign. She was the former owner/operator of the Orchids of Asia Day Spa, where New England Patriots owner and Rump supporter Robert Kraft had his happy ending on January 20.  The spa is facing human trafficking, racketeering and money laundering charges. It's also being reported she's been selling access to Rump at Mar-a-Lago.

It's a modest gallery of Republican thugs, hypocrites and bottom feeders.

President P*ssygrabber checking out the locals.... 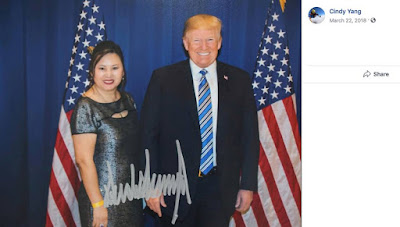 
And then there was the time the simple son was photographed with the lady who runs the chain of Asian day spas in south Florida pic.twitter.com/7Lbgr4GHc3
— Molly Jong-Fast (@MollyJongFast) March 8, 2019 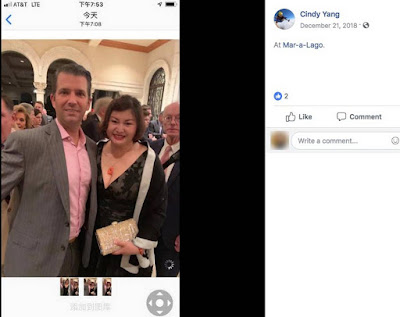 Aliens, like freshman Sen. Rick "Gollum" Scott, are welcome at the Day Spa, too..... 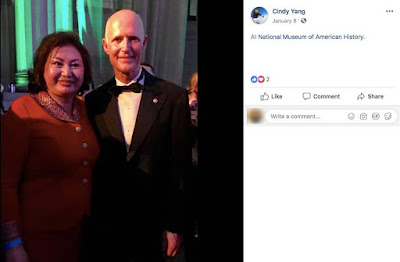 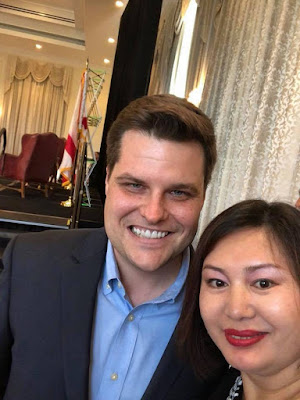 Not to cast aspersions on his asparagus, but that's dumbass Rep. Louie Gohmert (R-TX)...

The dumbest member of Congress with the lady who runs the chain of Asian day spas in South Florida. pic.twitter.com/2cANCiMf0m
— Molly Jong-Fast (@MollyJongFast) March 8, 2019


Oh look, is the quitter from Wasilla on a job interview for the spa?.... 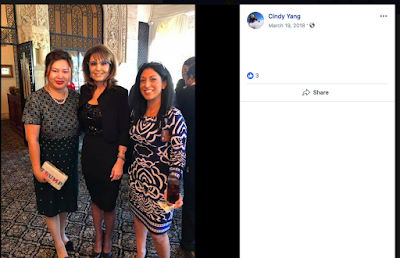 Classy. Now let's round up Rump's evangelical "pastors" for a group photo.


Posted by Hackwhackers at 3:00 PM

Now that her girls & "establishment" has been Busted. What do you think will come of This?
Media?? What's Creep in Chief think now about "human trafficking" with taped mouths & bounded women, from Mexico?? mr presidint??

Birds of a feather sure are flocking together.

It galls me that these scumbags commit their crimes openly, bragging, taking selfies, posing...they seem to know that the Trump Umbrella will protect them from being held accountable for their blatant criminality. He's Teflon, and so are they. It's mindboggling that Trump has turned the rules of law upside down and simply lies his way out of it.

We have to do whatever we can to stop them.

Is it safe to say that scandals come faster in the Trump administration than Robert Kraft with a Chinese sex slave?

Gollum? I thought he was Voldemort.

Anonymous -- For us, they both fit.