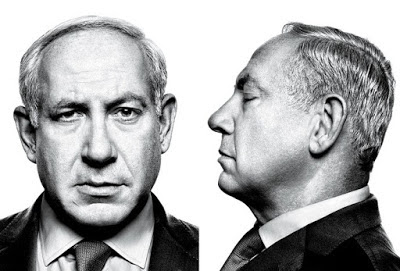 From the editorial board of the Washington Post this morning:


"When Israeli prime minister Ehud Olmert came under criminal investigation on bribery charges a decade ago, he took the honorable route and resigned, opening the way for new elections that brought Benjamin Netanyahu to power. Now it’s Mr. Netanyahu’s turn: Israel’s attorney general announced Nov. 21 that he plans to indict the sitting prime minister on charges of bribery, fraud and breach of trust. To the detriment of Israel and its democracy, Mr. Netanyahu is taking the low road.

Rather than accede to the many calls for him to resign — and a poll showing that a majority of Israelis want him to go — Mr. Netanyahu has adopted what might be called, and what probably deliberately is, a Trumpian defense. The charges against him, he claims, are an “attempted coup”; the police investigators and prosecutors who spent years preparing them are guilty of a “witch hunt” and should themselves be investigated."

The longer Bibi "Bomb Bomb" Netanyahu has stayed in power, the more he's become addicted to it and the more he's willing to stoop to demagogic tactics -- much like his corrupt American twin, Donald "The Chosen One" Trump. His indictment for bribery and other corruption is also the hallmark of a politician who had fed too long at the trough, and believes he is above the law.
Posted by Hackwhackers at 11:30 AM

Labels: WaPo editorial blasts Netanyahu for not resigning in wake of indictment

He looks dead in the second one.