Polls: McGrath In Tie With McConnell 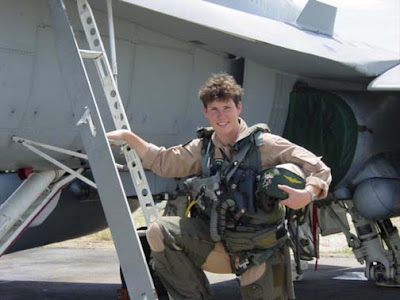 Two statewide polls in Kentucky are showing Dem candidate and former Marine aviator Amy McGrath in a winnable race with sinister corporate tool Sen. Moscow Mitch McConnell. The Garin-Hart-Yang poll shows McGrath within the margin of error at 40% (vs. Moscow Mitch at 43%), and the Change Research poll shows her even with Moscow Mitch at 41%.

Importantly, the undecideds in the polls (12% and 11% respectively) spell trouble for the corrupt Senate leader: only 10% of them have positive feelings toward Moscow Mitch, while 46% have negative feelings toward him. Similarly, 76% of the undecideds give him a "fair" or "poor" job approval rating, with only 9% saying "good" or "excellent." Another source of worry for Moscow Mitch is that voter registration in Kentucky is expected to set records in advance of the 2020 elections, with more Kentuckians registering as Dems than Republicans.

Second only to the defeat of would-be autocrat Donald "Impeached Forever" Trump in November would be the defeat of Moscow Mitch, who has bottled up legislation that would protect the environment, secure our elections, and bring down prescription drug prices. He's been the most negative and reactionary force in the Senate in generations, and it's imperative that he be defeated along with as many of his Republican colleagues as possible to flip the Senate. Help that effort by considering a donation to Amy McGrath's campaign.

(photo: Marine Lt. Col. McGrath, who is more than capable of kicking Moscow Mitch's flabby ass out of the Senate and our lives.)
Posted by Hackwhackers at 12:30 PM