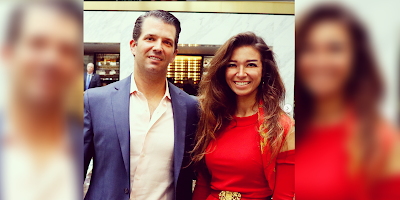 You may remember a while ago that conspiracy-spinner Chanel Rion, a hack from the far-right Trump-worshiping outlet OANN, tossed a loaded, softball question to malignant narcissist and coronavirus denier Donald "Moron Vector" Trump at a White (Supremacist) House press conference. She tried to defuse Trump's racist "Chinese virus" smear by saying that, after all, calling certain food "Chinese" was not being racist. She also had a problem with keeping a safe social distance in the briefing room, despite being warned, and has been banned from the briefing room by the White House Correspondents Association as a result:

It was probably destined to happen eventually: an aggressive, right-wing sociopath showing the "libs" that she won't bend to their rules by her reckless behavior. She can always go back to helping fellow sociopath Rudy "Rudy Colludey" Giuliani fabricate dirt on the Bidens.

I'm glad they banned her. “Obnoxious” is too kind a word to describe her.

Next they could dump FOX lackey and obvious as-kisser John Roberts from his front row seat. And why not just stop these ridiculous rallies altogether? When Trump talks, it's just to spread lies, and when the “professionals” talk, they have to pretend that they're not terrified of making him angry. And then Pence, the little wooden albino, talks, he skirts every question like he's dancing a polka.

Just shut it all down.

donnah -- The media should have the sense to tape what Dr. Fauci says during these press conferences / Trump rally substitutes, and run with that only. Of course they won't, because they're drawn to the dumpster fire aspect that Trump brings.