Noticing A Trend With Biden Nominations? 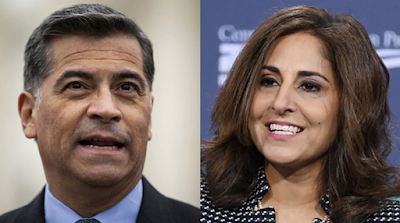 Women’s rights activists and allied Democrats are growing increasingly vocal about what they call the unfair targeting of women and people of color nominated by Joe Biden to top posts in his administration.

Their fears had been bubbling for weeks, as Biden’s nominees of color came under sharp attack from conservative groups or saw their nominations delayed or opposed in greater numbers. But the worries burst out into the open over the weekend as Neera Tanden’s nomination to lead the Office of Management and Budget neared defeat at the hands of a Democrat.

On Friday, Sen. Joe Manchin (D-W.Va.) came out in opposition to Tanden’s nomination, citing her past tweets attacking lawmakers on both sides of the aisle. Two key Senate Republicans followed suit.

Inside the White House, it did not go unnoticed that many of the lawmakers objecting to Tanden’s social media missives—including Manchin—voted to confirm Richard Grenell, the acid-tongued Trump booster, to the post of U.S. ambassador to Germany. Democrats on and off the Hill likewise argued that Tanden, who is of South Asian descent, was one of several nominees of color being treated differently than Trump-era nominees who lobbed personal attacks or expressed bigoted views.

Manchin and worthless concern troll Sen. Susan Collins (Concerned-ME) also voted to seat serial sex offender (allegedly!) and intemperate frat boy Brett Kavanaugh on the Supreme Court. Manchin was the only Democrat to do so.  Manchin was also the only Democrat to vote to confirm too- racist- for- the- federal- bench Jeff Sessions as Attorney General in 2017.  It seems his moral code of conduct only applies to Democrats, notably women of color, and "cancel culture" is a one- way street.

But, the pattern of bipartisan bigotry and misogyny doesn't stop there:

Republicans are currently pushing back hard on former California Attorney General Xavier Becerra, Biden’s choice to run the Heath and Human Services Department, citing his views on expanding health care and abortion access to unauthorized immigrants. They also argue that Becerra, whose mother immigrated from Guadalajara and father grew up in Tijuana, Mexico, is underqualified because he is not a doctor himself. Trump’s Health Secretary, Alex Azar, wasn’t a physician.

Biden’s secretary of Homeland Security, Alejandro Mayorkas, was confirmed in a largely party-line vote earlier this month. The first Latino and immigrant to serve in his post, Mayorkas had been previously confirmed by the Senate three times. But his confirmation this go-round was by the slimmest of all margins for Biden nominees to date.

Interior secretary nominee Deb Haaland may soon face even greater opposition. Republicans have accused the would-be first Native American to lead the department of being “radical,” pointing to her support for progressive environmental policies and opposition to new oil and gas drilling leases on federal land. Manchin, who is leading Haaland’s confirmation hearing Tuesday, has said he remains undecided on her nomination as well as the others — indecision that prompted a sharp rebuke and a suggestion of bias from Rep. Alexandria Ocasio-Cortez (D-N.Y.).  [snip]

Democrats fear even more nominees of color could soon run into trouble, including civil rights lawyer Kristen Clarke, the nominee for assistant attorney general at the DOJ’s civil rights division, and Vanita Gupta, Biden’s nominee for associate attorney general. Gupta was the subject of a recently launched ad campaign by conservative groups, which accused her of wanting to “let convicts out of jail” and “reduce punishments on white supremacists.” The groups’ other target was Becerra. A third ad they ran accused the Biden administration of welcoming dark money.

We've seen those ads (on MSNBC ffs!), and they're dirty.

So, is the nativism/ white nationalism/ misogyny in most Republicans' DNA at work here?  And what of Manchin, who claims he's "all about bipartisanship" and a "West Virginia Democrat" rather than a national Democrat?

As for the Republicans, that's an easy call.  It's the Party of Trump.

Dealing with Manchin and his motivation is trickier, but it comes down to West Virginia being among the Trumpy-est of states and to him thinking of himself as a critical player in a 50-50 Senate.  Unfortunately, he's using his leverage in such a way that may imperil some of the Biden Administration's agenda (his opposition to parts of the COVID relief bill and to ending the filibuster) and as well as sinking some of the aforementioned nominees that he likely would have voted for if they were Republicans.  Guess that's his idea of "bipartisanship."

While Democrats need him in their caucus to preserve a majority -- at least until the 2022 elections -- they can do themselves and the 700,000 residents of the District of Columbia a favor by passing statehood legislation, which would add two Democratic senators and dilute the leverage of conservaDems like Manchin (which will make it a tough go in the Senate considering Manchin would likely vote "no").  It also has the benefit of being the right thing to do.