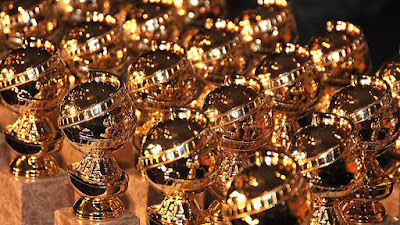 The 78th Annual Golden Globe awards are set for tomorrow evening. In a pandemic year where film production has slowed to a crawl, it's been a challenge for filmmakers to get their work completed and distributed. Among the nominees are Sacha Baron Cohen (Best Actor, Musical or Comedy) and his film "Borat Subsequent Moviefilm" (Best Motion Picture, Musical or Comedy). There's also the breakout performance by talented Bulgarian actress Maria Bakalova in "Borat Subsequent Moviefilm," who was nominated for Best Actress, Musical or Comedy. She's already been nominated for the Screen Actors Guild and Critic's Choice awards for her hilarious, dead-on performance.

Although 24, Bakalova played Borat's 15 year old daughter, Tutar, who manages to get degenerate clown and flatulent Big Lie promoter Rudy "Toot Toot" Giuliani to think she's going to bed with him. In a still from the scene, below, Toot Toot's lying back on the bed, his hands down his pants apparently in a frantic effort to stimulate himself: 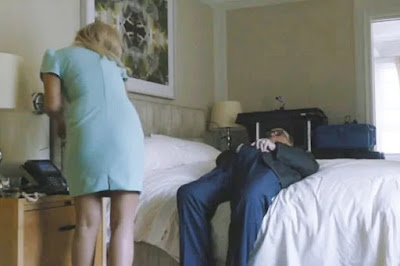 We sincerely hope that each award ceremony includes that revealing clip (Toot Toot has claimed he was removing a mic -- bwahahaha). We're also hoping that Ms. Bakalova has a successful career in film and theater.