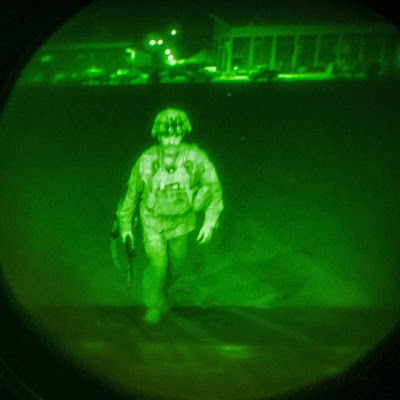 Maj. Gen. Chris Donahue, commander of the 82nd Airborne Division, steps aboard the ramp of the last C-17 transport plane to leave Karzai International Airport in Kabul. Donahue was the last soldier to step on the flight which left shortly before midnight.

Now, time for the newly-minted keyboard commandos in the media to parachute back in to dramatically cover every story of an Afghani who wants to leave that country, and wants to blame the U.S. for not shedding more blood and propping up their Afghan military and government for just a few years longer.