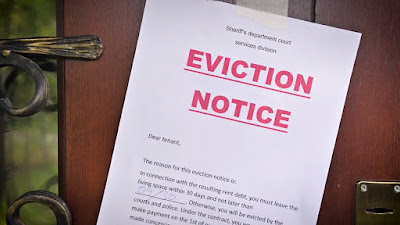 From this morning's Associated Press account of the real impacts of ending the Federal moratorium on evictions last Saturday:

"Historic amounts of rental assistance allocated by Congress had been expected to avert a crisis. But the distribution has been painfully slow: Only about $3 billion of the first tranche of $25 billion had been distributed through June by states and localities. A second amount of $21.5 billion will go to the states.

Landlords have begun taking tenants to court to force their evictions, as in the case of Rhode Island resident Luis Vertentes:

"The 43-year-old landscaper said he was four months behind on rent after being hospitalized for a time.

'I’m going to be homeless, all because of this pandemic,' Vertentes said. 'I feel helpless, like I can’t do anything even though I work and I got a full-time job.'”

It doesn't help that this was a slow-motion crisis that was on the back burner for weeks, if not months, until notice was taken at the last minute. The administrative bottlenecks at the state and local levels are sending landlords and renters to court, bottlenecks that need to be broken immediately to free up rental assistance funds. In the meantime, Congress has to extend the moratorium deadline until that funding expires. The Supreme Court, in callously declining to support an eviction moratorium beyond July 31 during the Delta variant surge, said Congress needed to legislate an extension. Do it.

The Biden administration announced a temporary ban on evictions across most of the country on Tuesday, a move that bent to intense pressure from liberal House Democrats but that President Biden acknowledged may not prove constitutional.

The Centers for Disease Control and Prevention issued a moratorium on evictions for 60 days for U.S. counties with “substantial and high levels of community transmission” of the coronavirus, according to an agency news release. About 90 percent of the country will be covered by the ban as the virus’s delta variant spreads quickly throughout the country, Senate Majority Leader Charles E. Schumer (D-N.Y.) said in a statement.

The 19-page order lists criminal penalties including fines and jail time if someone is found to have violated the eviction moratorium.

That the moratorium order will be challenged in courts is highly likely, but the Administration hopes it's bought some time for the funds that are already in the states to cover unpaid back rent and give Congress another shot at making the moratorium extend to the end of the year.