The NYT and Nepotism 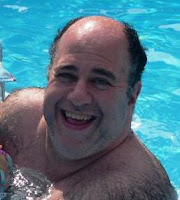 The New York Times' announcement over the holiday season that neocon wanker William "Wee Willie" Kristol was going to foul the op-ed pages of that formerly great newspaper set off some fireworks. We're wondering how many media platforms does this smirking chickenhawk need to throw his b.s. from. Although he was just dropped from Time magazine, he has Fux News, the 'Weakly' Standard, and other right wing orifices from which to toot his small horn. And why Wee Willie, since there are so many winger hacks to choose from?

In the background of this story is the undertone of nepotism. A NYT decisionmaker in the Wee Willie hiring was Andrew Rosenthal, son of former NYT biggie A.M. Rosenthal; Wee Willie's the son of neocon figure Irving "Cloudy" Kristol. They join wingnut John Podhoretz, son of crazy "Stormin'" Norman Podhoretz, who wants to bomb Iran yesterday, in the Great Hall of Nepotism. If their last names were Johnson or Smith, they'd be selling used cars in Topeka.

(photo: Documenting the strange resemblence between Andrew Rosenthal, left, and John Podhoretz)
Posted by Hackwhackers at 10:14 AM

They both look like Al Goldstein, former publisher of Screw magazine.