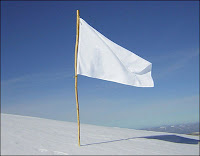 Digby over at Hullabaloo has a take on the resignation of White House green jobs advisor Van Jones, formerly the head of Color of Change, an African-American organization which had the temerity to organize a successful boycott of mental case Glenn "Boo Hoo" Beck's hideous program on the Fux Channel. To date, 57 advertisers have withdrawn their advertising from Boo Hoo's hate fest -- but not from the Fux Channel. Boo Hoo's far right screamers launched their own aggressive smear campaign to force Jones from his job. The Obama Administration appears to have caved to the pressure, and Jones resigned yesterday.

Bipartisanship/reaching out/reasoned discussion can't occur with the right wing, which effectively controls not only the Rethuglican Party, but significant chunks of the media. They seek the destruction of the Obama Administration, and whether it's tea baggers, birthers, gun-toting thugs at town hall meetings, or the wingnut parents objecting to Obama speaking to school kids, they won't compromise, and they can't be reasoned with. Most, frankly, are racists who can't abide the thought of a black man as President. The White House's strategy is apparently to "play dead" and let the thugs roll, rather than to push back hard. That strategy will lead to defeats in 2010 and 2012.
Posted by Hackwhackers at 12:51 PM