"I'm The Cow On The Tracks" 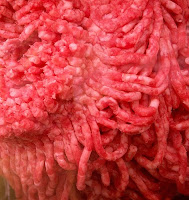 That's the way RNC Chairclown Michael "Tin Man" Steele described himself as opposing the Obama Administration's health insurance reform "train." More like a deer in the headlights, Tin Man. As many have noted, a cow on the tracks isn't much of a match for a train, and neither is Tin Man much of a match for the "train" rolling down the tracks about to make hamburger out of him.

Tin Man was recently lectured in a closed-door meeting of Rethug political leaders that he was not to make policy, and to focus on fundraising and organizing for 2010. Rethug big wigs cringe at his many gaffes and misstatements. But Tin Man, thankfully for the amusement of his many detractors, can't resist the TV cameras, and seems to have a death wish (expressed today in the form of a train bearing down on his sorry ass).
Posted by Hackwhackers at 2:29 PM