Pictures taken yesterday in Ferguson, MO, where Michael Brown, an unarmed African-American 18-year-old, was shot multiple times and killed by a Ferguson police officer this past Saturday (pix via Little Green Footballs): 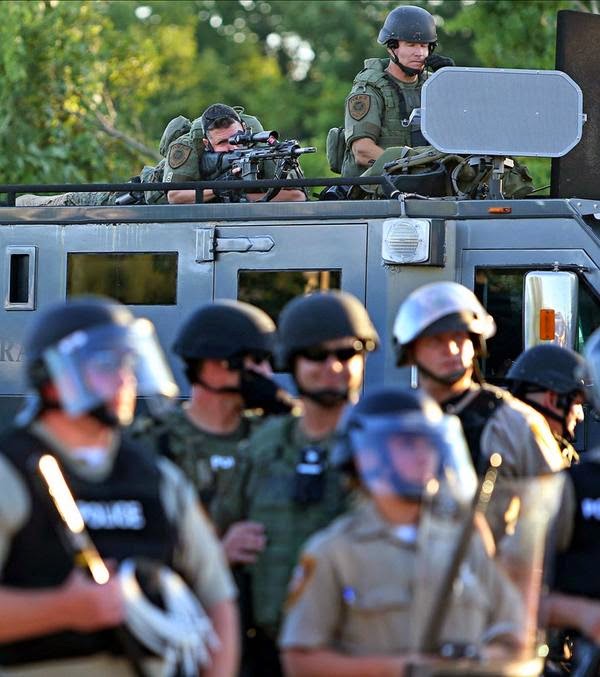 A sniper.  Really?  If you want to pick off unarmed civilians, there are some Russian goons in Ukraine you should get in touch with.  And get a load of the smirk on that cracker's face in the center of the picture. 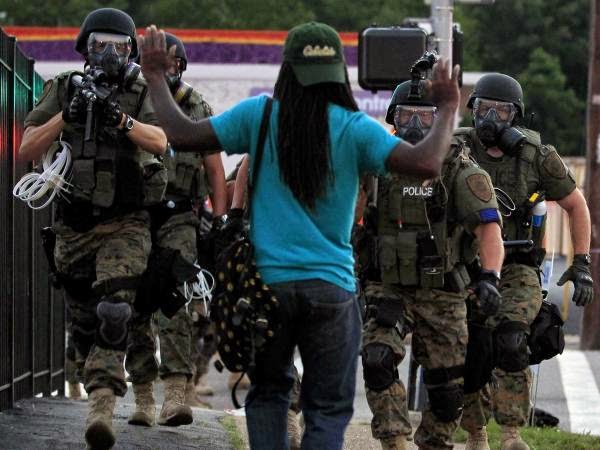 Combat gear against unarmed civilians?  Someone might want to tell that peckerwood on the left that you don't point a weapon at someone unless you intend to shoot.

UPDATE:  Roughing up the press.  Not smart, goobers.
Posted by W. Hackwhacker at 4:13 PM