The crackpots are all out at the Clown Conservative Political Action Conference in the Washington, D.C., area which wraps up today. One of the more Needy Nuts is one William Temple, who is second to none in his love of the camera (if you've been even vaguely aware of the Tea Party bowel "movement," no doubt you've seen this crank posing in one of his Revolutionary War get-ups with the Gadsden Flag a-flyin').  Here's the preening, puffy-shirted loon before and after walking out in protest during John Ellis "J.E.B." Bush's speech the other day: 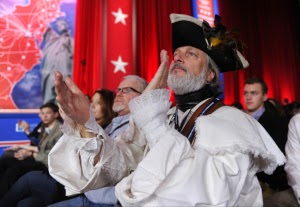 Must protest Jebbie!  Let's all go to the lobby where even more cameras can take my picture, and I can be interviewed like I'm a Serious Person by the thundering media herd: 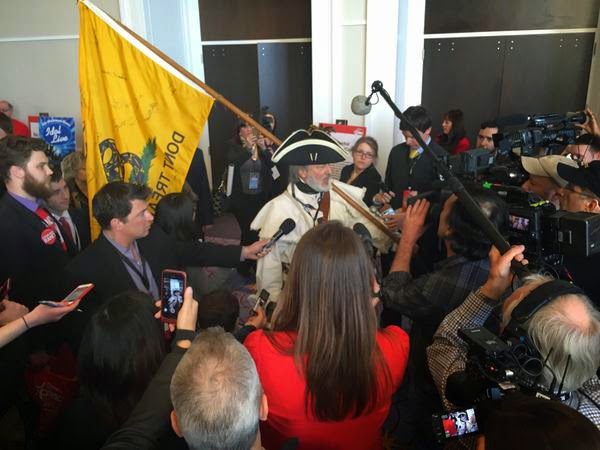 Given his ultra-conservatism, we would be willing to bet that had this frilly fop been alive during the Revolutionary War period, he would have been a Loyalist/ Tory.
Posted by W. Hackwhacker at 12:35 PM

Look he couldn't dress this way if he didn't embody the principles of John Adams, Thomas Jefferson and John Madison. Q.E.D.