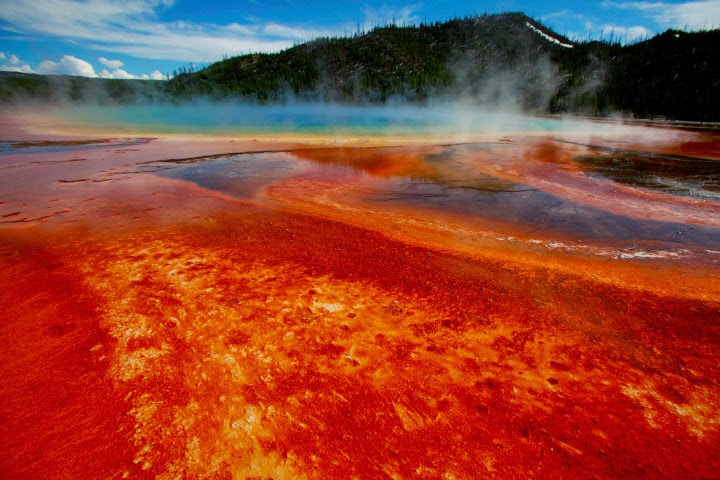 The Yellowstone region has long been known for its geothermal activity, and is the site of one of the world's largest super volcanoes.  Now, geoscientists have discovered a vast underground magma (molten rock) chamber many miles deep under Yellowstone, so vast that its magma would fill the Grand Canyon 11 times over.  The last enormous eruption was 640,000 years ago. While scientist are not concerned about an eruption in the foreseeable future (it would eject 1,000 times more material into the atmosphere than Mt. St. Helens did), they have been studying the Yellowstone caldera closely for many years.

(photo:  The Yellowstone caldera. Reuters)
Posted by Hackwhackers at 10:50 AM