You'll recall the weird original version, with Rump and his BFFs looking like they belong in a lineup of comic book villains: 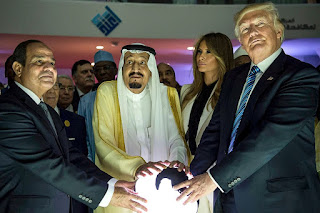 Posted by Hackwhackers at 3:45 PM