And The Pie Was Delicious 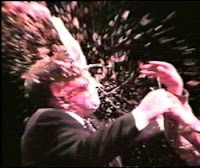 President-elect Obama's dinner last Tuesday night with right-wing pundits at George "Quill" Will's house was an off-the-record event. Or so we thought. Along comes William "Wee Willie" Kristol to spill the, um, caviar. He was on the dreadful "Fux and Fiends" show, chortling about how the wingers had a dinner with Obama, while progressive pundits had a meeting in Obama's conference room the next morning, no food served. "They had some coffee from the machine in the office," Wee Willie observed, smirking.

True, Wee Willie. But looking at it another way, the wingers had to offer dinner to entice Obama to meet with them, while the liberal pundits were welcomed without bearing "gifts." Looking at the future, we think that the progressive media will be attending a lot more White House functions than Wee Willie and gang.