From The Sports Desk 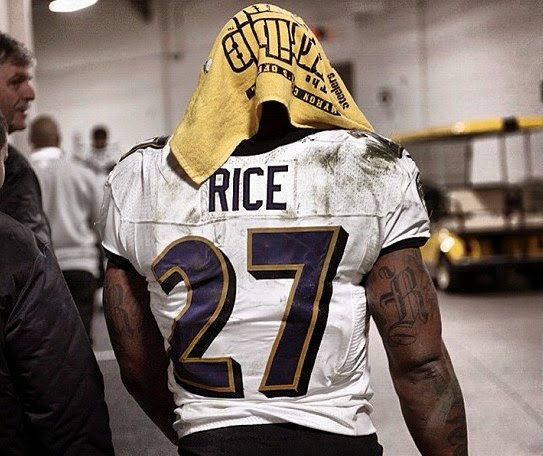 While we're on the subject of bad actors, after the release of the video showing Baltimore Ravens running back Ray "Not Nice" Rice knocking out his then-girlfriend in an elevator, the Ravens terminated his contract, and the NFL suspended Rice indefinitely.  Earlier video of the incident in an Atlantic City casino showed Rice dragging the unconscious woman out of the elevator.  The latest, previously unreleased video shows the actual assault inside the elevator.

Ravens and NFL officials claim not to have seen the newest video, and had suspended Rice for 2 games, a move that came under criticism for leniency.  This comes after the arrest of San Francisco 49ers player Ray McDonald for felony domestic violence on Sunday.  He was released on bail, hours before his team played (and beat) the Dallas Cowpies Cowboys.  The NFL has a new policy of suspending a player for 6 games for domestic violence, and indefinite suspension for a second violation.

BONUS:  Leave it to the cretins at Fux and Friends to joke about the incident: "…the message is take the stairs."  Hardy har har; not surprising that domestic violence is amusing to the Fuxers.

(photo:  Hit the showers, you're done)
Posted by Hackwhackers at 4:08 PM